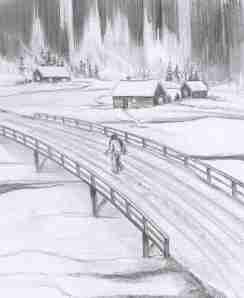 The Mystery of Dog Island: The story involves Raymond, an Aboriginal boy, torn between two cultures, humorous anecdotes from a blended white and Aboriginal family situation, a snowmobile camping trip that ends in a serious crash, winter survival, and a mysterious dog sled ride with a team of phantom huskies.

Return to Dog Island: Return To Dog Island is about Raymond, an aboriginal boy, torn between two cultures. Follow Raymond’s continuing saga as he searches for his grandfather who went missing in a blizzard on Dog Island. Learn about Raymond’s culture and history from his dreams and experiences. These include mishaps in a bog and on the island.